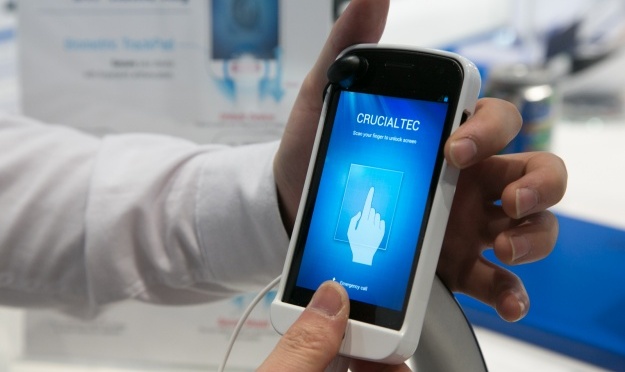 Samsung has confirmed that indeed the yet to be released flagship phone S5 will have a finger print scanner.

In a report, Samsung execs say users will be able to unlock phone by swiping fingers as opposed to the iPhone which lets users tap onto the home screen button.

In addition, the S5 finger print scanner will allow 7 fingers and it will incorporated into the home screen button much like the iPhone’s.

This debunks previous rumors that the S5 will sport an all-screen finger print scanner.