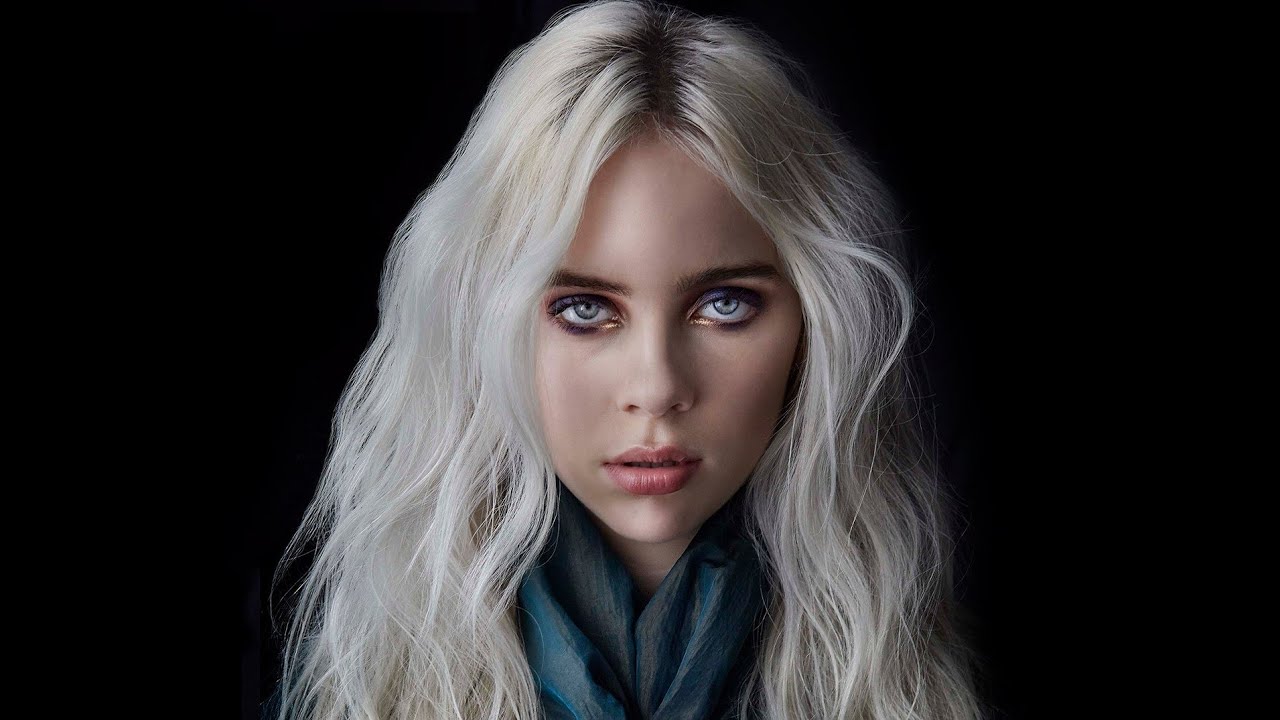 In a musical scenario, Billie Eilish has been on the stagnant for a whileentered the butter like a knife. Driven by the best pop record of the last few years, the Interscope has presented a winning offer because it is perfectly seductive for the target audience: a radiantly beautiful girl, just like millions of her peers, completely inserted in the flow of styles, behaviors and languages ​​of his generation. Coming from an emblematic cultural matrix as a rather cool residential area of ​​Los Angeles, she grew up in a family of entertainment people, with a brother endowed with a musical point of view, but in search of the format to give meaning to her vocation. And then she, Billie in first person, with a marked predisposition – at the limit of a slightly cynical boldness – in embodying everything, in condensing these prerogatives in the form of an artistic project. Once the industry has taken over, he has shown for now ease and ability to interpret a role that is completely adjacent to him, built in his image and likeness, that of a very cute American teenager, who will turn 18 at the end of 2019.

Then, and above all, there is the musical side of the discourse, without which this introduction could relate to any of the thousands of very young women who write songs, learn to sing them rather well and then wonder what is the least blocked way to get a minimum of attention and approach a dream that is still pale colors. Of course, there are the talent and their exhausting qualifying rounds. Above all, there is the web where to post what you know how to do and to see if something happens. But the departure must be scorching, to justify some decent ambition. And to Billie and her brother Finneas, who is always his partner in the award-winning firm, things went exactly that way, a sign that what they proposed immediately exposed strong prerogatives,

Billie is only 13 years old when ” Ocean Eyes ” peeps out on the internet , made at home with Finneas, and causes a small tsunami that anyone working in the field can’t help but notice. The two kids just need that song to wisely hit the audience at “13” and “Stranger Things”. Rather impressive performance, born of a skill that is also a belonging to a lifestyle, of consumption, of taste. They come from there, and therefore they possess the sound, the intention, the nature: a dreamy adolescent voice, a romantic electronic carpet, an intangible, generic but suggestive vision – then everyone puts his own: ” I don’t stop thinking to your diamond mind / I made friends with time / Those ocean eyes / You know how to make me cry”. The numbers are viral and the Eilish machine starts up.

The Interscope label presented a winning offer because it was attractive for the target audience, made by adolescents

An interesting aspect of the story is that it is immediately a family affair. The O’Connell family (Billie’s real surname, Eilish is the middle name) landed badly for a living: dad and mom only work occasionally in the far periphery of the world-Hollywood and Finneas knows the grammar of contemporary pop, he is good, he would also the face, but he always lacked the grip to make it. Now that Billie turns out to be the right bet, they don’t take prisoners and the whole family focuses exclusively on her, with a military discipline that evokes those stupid comedies on American camping holidays.

One of the tricks, perhaps the most acute born from the O’Connell forum, is to protect Billie as much as possible from the contaminations with the outside world, read the productive procedures in the making of of a pop star, with professionals and focus experts on “what expecting the public “gathered to” create “the character, rather than just seeing where it goes alone. Which is what is claimed by Patrick and Maggie, mom and dad who have signed the first recording artist contracts on behalf of their minor daughter . It is true that this version of the facts is already part of the legend and that in the end, even if in the Billie interviews, with slacker air, guarantees that things have gone exactly like this and that she does not put anyone’s feet in the head – “Tyler the Creator, Lord, Childish Gambino, Avril Lavigne and Justin Bieber: they are the ones who created me,” he says in a revealing chat about Pitchfork site, credibly defining its musical genesis – a careful listening of “ When We All Fall Asleep, Where Do We Go?”, His debut album, reveals an obvious double work plan: first what Billie continued to do with Finneas in his bedroom, where the mini-recording studio is still mounted, a computer, a keyboard, a guitar, a microphone and a lot of software. And where the verses written by Billie in the notebook become multigeneral songs, capable of eclectically boiling from the ballad to the melodic rap, citing everything, the dark reflections of Lana Del Rey, the synthetic pop of Dua Lipa, the beats of the white Edm.

Secondly, to arrive at the dazzling final result, Billie’s ideas and Finneas’s intuitions received a masterful post-production in bringing the work in exact conjunction with the expectations and sensitivity of an audience. And voila, the connection is made: the naturalness of an original impetus and the competent finalization of careful market connoisseurs to create a new prototype disc. Which will become a reference for years to come, as, to name another, it happened with ” Back to Black ” by Amy Winehouse- another target, more time, but the same improvement technique applied to a well-established model. In addition, put the thriving video side of Billie’s production: horror, blood, nightmares and suburbia, the same ingredients as the multiplex scary movies , with which she got her hands dirty, in the manga version (” You Should See Me in a Crown ” ) even someone like Takashi Murakami, not to neglect the flourishing market basin of the East.

Billie is only 13 years old when she publishes “Ocean Eyes” on the internet, a homemade song with her brother Finneas. It’s a tsunami

The contagion has officially begun, the game works, the effect expands, like circles in the water, all over the planet. Billie is the new global-rate American teenstar prototype, though she pretends that it disgusts her a little. It is so and she is at play, because it is natural for her to be the American girl full of tics and with traces of Tourette’s syndrome, rebel against the right, aware of the right, a dreamer the right, very bold, creative with an undeniable touch of class camp . It’s a model that never sets, you can swear, ask Katy Perry , Miley Cyrus , or Lana Del Reyif you want to be more sophisticated. The fact is that an album like this is the best listening possible, if you go to work in the subway in the morning with your head full of thoughts, or on the bus to school, or in the car stuck in traffic: pure honey from headphones. Musical Serotonina. It touches cerebral conjunctions, tickles nervous centers, moves and involves a lot, induces self-contemplation and teases outraged narcissism. It is good, in short, especially if you are fifteen years old, on your identity card or even just in the way you get excited, in contrast with the forty you feel on your shoulders. Of course, it is better to be widely under twenty to live this crush to the end, without mediation and with the momentum that will make it memorable for the rest of life. ” When We All Fall Asleep, Where Do We Go?”Is the record that you will keep forever in your cell phone and Billie’s turbidly gothic look, when she poses for photographers, will enter the gallery of evergreen memories (when instead, instead of making her pussy copying the Instagram models, Billie’s images they are on the move and she speaks and shakes, another character emerges, masculine and impetuous , very opinionated , ready to shoot her big, certainly a talent in burping contests with friends).

The debut album is good especially if you are 15 years old, on your identity card or just in the way you get excited

Now the promotional campaign orchestrated by those who feel they have found the big nugget does not go much for the subtle: the kind of communication is that of the “revelation”, nor were we faced with a new Annunciation. It would seem that perennial rock stars jostle every night in front of the Eilish dressing rooms – Eddie Vedder, Thom Yorke, Dave Grohl – committed to sanctioning that she is the future of music, or rather rock, which is therefore officially well and lives again in the single-family house of the O’Connells. We, mindful of the wavering parables of Avril or Lorde – others “announced” at the time of take-off – are more cautious.

The Billie record is beautiful and you never tire of listening to it, in the summer by the sea. But the feeling is that the time is nowfor her, everything and immediately, because this is the meaning of her success: the right girl at the right time. Because it is strong and defenseless at the same time. Because he says fuck off Trump and the legislation against abortion. Because he talks about the monsters under his bed. Because it changes the color of hair every day and miraculously, it doesn’t seem ridiculous. Because it says naturally that punk is beautiful, even now, out of time. Because it is the result of an evolution and a mutation that come from so far away that one does not even remember how it started, but that, as such, will continue to free wheel and variable speed. Also injecting Billie Eilish, normalizing her, after having digested her, when she will try to remake her mantra of melancholy and inconsistent American decadence.

The promotional campaign orchestrated by those who feel they’ve found the star don’t go much for the subtle. Yet another “revelation”

Being a Madonna, holding on, is a damned difficult job, which causes suffering and joy in the meter. It is almost a stubbornness, wanting to turn the making of songs into art and then singing them hopping. It takes a stubbornness that borders on madness, even if one like Lady Gaga , at a certain point, gave it up. Billie gives more the feeling of a moment, of a glow of intense light. A flash, more than a beacon that pauses to patiently illuminate the crevices of our imagination.