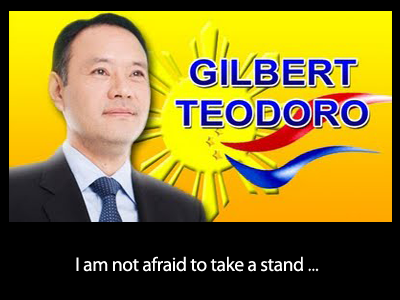 Eminem has always been explicit and self-centered in most of his songs. Self-centered in a good way that is, his songs are a like a window to the private life of this Grammy Award winning rap artist.

His latest hit song “Not Afraid”, lifted from the upcoming Recovery album did come as a shocker when it landed no. 1 on its Billboard Hot 100 debut. It’s 1 of only 2 rap songs that had hit number 1 on its release.

With the same feat that Eminem achieved, I can’t help but associate this song to our country’s recent policitical scene. After the Elections, the first automated that is, I have felt such a great deal of pride, a sense of victory, yet somehow there are hints of hesitation.

With the almost all of the returns already tallied , many of the young voters, whose bets weren’t doing well in the canvassing, demurred to the idea that a former President’s son is closing proclamation.

Many Presidential candidates have conceded, a good example to voters to settle down and except reality. The battle is not yet won, in fact, it hasn’t even gone half way. This is just the beginning.

I’m not afraid to take a stand
Everybody come take my hand
We’ll walk this road together, through the storm
Whatever weather, cold or warm
Just let you know that, you’re not alone
Holla if you feel that you’ve been down the same road

The two Philippine TV Network mammoths, ABS-CBN and GMA have recently showed their latest facility and technology to be used for their coverage on the Philippine Elections come May 10, 2010.

The Kapamilya Network, during TV Patrol last Friday, showed televiewers a sneak peek to its ‘War Room’ — the command center for their election coverage.

GMA 7, on other hand, showed off their high end coverage set, beefed up by its partnership with PLDT and SMART Telecommunications.

In the midst of this sophisticated setting, both networks, for the first time in Philippine TV, will be using augmented reality technology or AR. AR enhances the real and live video feed with 3D graphics that seem to interact with the real environment. AR makes the 3D graphics to move around as the camera switches angles, making it look like the 3D images are physically present.

AR has been used by major TV networks in the US like CBS, ABC, NBC, and FOX. But the use of advanced tools and non-traditional methods in election coverage is said to have been benchmarked by CNN, when it introduced hologram in the 2008 US Elections.

Hologram is a technology that beams images of a remote video feed by using complex light and camera technology. This is however different since the news anchor actually sees the holograph (beamed image) as opposed to AR.

ABS-CBN promises that the use of this new technology will bring new perspective in news delivery.

“The main idea here is to make our viewers look at things at a new light. 75 percent of what they remember is going to be the video that they see. And if it is presented to them in a way that peaks their interest, they’ll remember it”, explains Maria Ressa, ABS-CBN News and Current Affairs Head.

GMA 7 also stressed that above using top of the line tools, factual, straightforward, and unbiased news delivery is still their top priority.

Radio networks from the two giant broadcast firms have also amped their coverage activities by adopting citizen journalism. While radio continues to use basic technology, radio stations across the country have found cell phones to be the only high tech gadget they can employ.

TV Networks may have invested hugely in state-of-the-art broadcast technology, but in the end it is still the content that matters. 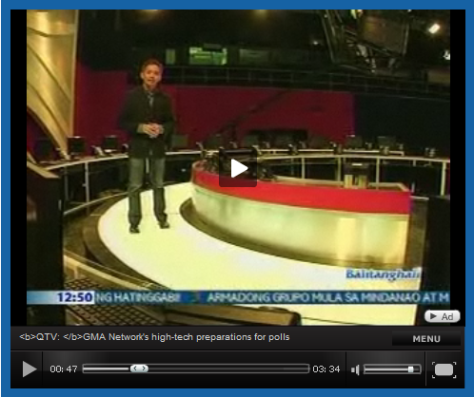 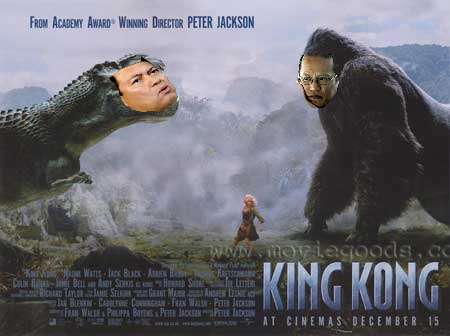 180 Minutes! Is it enough?
Radio airtime quota for nat’l candidates is as long as the ’05 King Kong Movie

Why do national candidates pour out a lot of money on radio ad campaigns? Radio, though, is second to TV, in terms of mass reach. But execution of strategies is limited, no visuals, no fancy graphics, no charm or “pa-cute” approach by celebrity endorsers, unless of course if the endorser’s voice is THAT recognizable.

But why bank on a medium where there is little to make?

As most giant brands are doing, putting ads on radio is as serious as putting 30 seconders on TV. Radio ads are a good follow up to TV campaigns. Radio is everywhere; people listen to radio while on a jeepney, inside a department store or at work.

According to a report by Geovisual Solutions Inc, NRS 2007, radio reaches 90.1% of the listening population aged 13 to 65 years old. In fact, each day of the week, we Filipinos listen more to radio than we do watch TV. On average, listeners tune in to radio for more than an hour and three quarters ( 1 ¾ hours). Filipinos watch TV at an average of 45 minutes each day of the week only.

No question on the viability of radio as advertising medium. However, Resolution No. 8758 on the Fair Elections Act states that presidentiables, particularly, are allowed only 180 minutes total of radio air time usage, for their political campaigns, covering the campaign period from February 9 to May 8, 2010 (3 months).

180 minutes is just like watching the 2005 King Kong remake, if that length was summed up into a movie. But this is radio, we’re talking about audio here. And that 180 minutes is chopped down into spots. 1 spot is equivalent to 1 length or run of a radio ad material, it can be 15 seconds long, 30 seconds, or 60 seconds.

you should be hearing 4 spots per day for every presidentiable

With the calculations above, you should be hearing 4 spots per day for every presidentiable, assuming that it’s all 30 seconders and assuming that they are all using up their 180-minute quota.

Is that frequency enough? All 9 presidentiables are competing for that precious one hour and three quarters each day.

They should be doing more than the 180-minute allocation. In fact, some candidates have devised a strategy by including themselves in their senators’ ads.

In the 2004 elections, Ping Lacson paid a radio network in Northern Mindanao to help in his campaign

How about paid radio interviews? Are they not counted as a radio ad campaign? A candidate is using radio airtime and is paying for it. Radio networks are not refusing payment for interviewing candidates, that’s money. Why should you turn your back on money?

Radio airtime is a public property. Radio stations do not own it. In fact, they pay the government to use OUR airwaves to make money. And nothing can be more harassing, than while you are listening to your favorite radio drama, suddenly a paid interview for a presidentiable cuts it off.

Politicians can also hire radio people. In fact, a candidate can pay a radio network, and use all its man power for his benefit. In the 2004 elections, Ping Lacson paid a radio network in Northern Mindanao to help in his campaign.

Inasmuchas we don’t want to pollute our sight with ugly and misplaced political posters, let’s be responsible in using and lending our precious airtime. 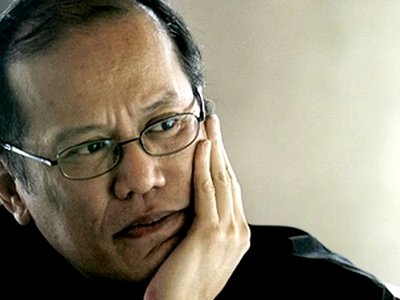 Earlier in a report via ABS-CBNNews.com, Aquino stated that “What they’re doing is that they came up with this work of fiction”. Tamano, in the interview further reasoned that there is no way this black propaganda against Noynoy can benefit the Nationalista party.

Whatever the truth though, it is ugly to see and hear both parties, claiming to be opposition, throwing stones against each other. I am not surprised though when Tamano mentions the slanting of ABS-CBN toward Noynoy.

Anthony Taberna and Gerry Braja followed up Tamano’s statement saying that they respect his opinion. Tamano closed the interview thanking the two anchors for the fair opportunity given to them.

Although apparently the Lopez-run company leans in favor to Aquino, I still commend the company for its effort in maintaining credibility in its news and public affairs activities. I hope the people will appreciate their efforts. 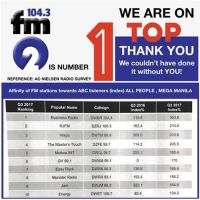 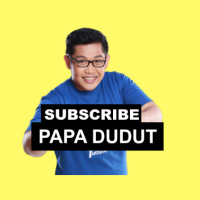 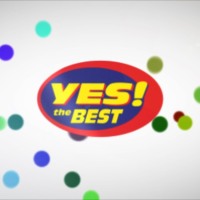 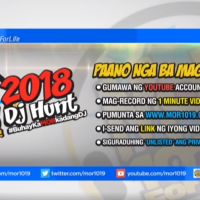 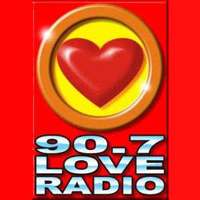